Personal Expression, Release, and Exploration of the theme of "Breaking"

This is how I feel. If it will disturb you, don’t read.

I’m beyond frustrated with the stupid state of things and human beings. I have had enough. I will not be tossed around anymore by my needs for others or by others themselves. Anyone who does not accept me, care for me, and want me in their lives is free to walk away. All I need is people who are willing to stick it out with me. I deserve to be treated with respect and compassion. Not to be disregarded and thrown out when inconvenient. I have had it with being vulnerable to abandonment and hurt. I will NOT let you break me. The kind of breaking I want…well that’s something entirely different and is only with someone I trust.

“No you can’t bring me down, cuz I’m already here.” Three Doors Down

Really Frustrated And Tired Of It All

Kind of had it with being around. No one really can connect to me on the multiple levels and intimately. I don’t want to be around. People relate to one thing, or another, and ignore what they don’t like. I need to give up.

I realize how broken I can become by my insecurities and fears and vulnerability in the face of loss of a relationship. There’s no way really to have the kind of absolute security I crave even though there are relationships with a significant amount of security involved. So what can I do about these fears of mine and this pain that comes with it…and then in tow the relationship sabotaging if I put too much pressure on someone? I have to learn and internalize that I can’t control the person, if the connection is real and meant to last and i am important to them and they to me, it will, if not, it won’t, and if not, I don’t need it. If it is, it is great. If it is not, that’s not the relationship I need, I need to be valued and cared for. I can’t have absolute security, and if I really like someone and care about them I can be accommodating to their difficulty, and not pressure them into a place they are not comfortable with, And not be demanding. But if someone turns out to just not really want me in their life, I have to have faith that love is still available to me with or without that person. Because it hurts so much to fear them rejecting me. I have abandonment issues. Emotions are intense and they hurt. But this life is not a cakewalk, and I have to get through best I can.

love is real…despite whether a specific person chooses to love me or care for me, or if they change their mind about me.

And of course I do the black and white thinking and catastrophizing, thinking that just because someone may have times they have difficulty remembering their ability to connect with me, that it is all hopeless. Those ups and downs are part of things.

i have value. So do you.

“By the miracle of your being…

There is a brokenness…

out of which comes the unbroken,

of which blooms the unshatterable…

There is a sorrow…

beyond all grief that leads to joy…

out of whose depths emerges strength…

There is a hollow space…

too vast for words…

through which we pass with each loss,

out of whose darkness…

we are sanctioned into being…

There is a cry deeper than all sound…

whose serrated edges cut the heart…

as we break open…

to the place inside which is unbreakable…

while learning to sing….”

I am broken now. 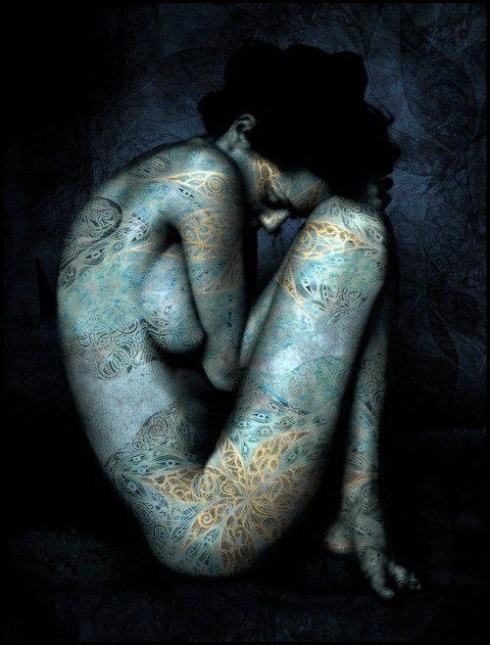 Kitty (a short story experiment,which may not be finished yet)

Kitty had always been quiet.  She elt fragile around people.  She felt like she was made of glass, that she could be broken and shattered.  She felt transparent, that people could see through her and would shove her violently aside and use her for their own purposes; think she was an empty space that they could fill with whatever they wanted; judge her reality as worthless, and easily dismissible.

But after a while she couldn’t see in either a good part of the time.

Her sadness and isolation is evidenced in her eyes at times.  Sometimes they are blank though; veiled, inscrutable, indecipherable.

But deep down, there is a part of her that knows there is something else.  Something other than THIS.  Sometimes, she catches glimpses of it.

Sometimes her eyes get a focused look to them, a door opens, light comes shimmering through the cracks.

The OCD is part of me,it’s real, it’s there.  Chronic doubts, intrusive thoughts, obsessive thoughts.  But it is not ME.  I am a lot more than it. I am beyond it.  Right now, having the urge to remember and go over my thoughts about myself.  In me I have what is real, what is beautiful and meaningful, inside (as do we all).  Even though I get away from it sometimes, or worried that I don’t measure up.  Have to let the ego and perfectionism go.  But I am not nothing.

Anyway, always looking for what’s Real.  What’s Real is there, but can’t be grasped by clinging to my thoughts about what is Real and not letting go and just being in the moment.  What’s important will come back.  I can’t hold on to my vision constantly, it hurts to let go of my tight grasp on my thoughts but has to be done.  Why is Reality always slipping from me? It is so damn FRUSTRATING.

Most people, do not understand my thought process I guess.  So what.  I am me, not them.  As long as I have those who DO understand, I can deal with that.

The lights flicker, on and off

I dance trying to keep in tune

I  don’t always have control over the switch

Sometimes there is a break in the circuit

Left scrambling to hold on

Cracks in my tapestry

To keep connection from severing

This is different than the healing space

The place I want to fall into

To renew my perception again,

Some Art I Did At My Mental Health Program

think i would say Good breaking would be where there is break-through, basically….to healing or new or re contacted levels of Reality, the self, being, love, etc. bad breaking where yes where it just shatters and tortures you, and where there is no point. Borderline breaking would be where it is both bad and good at the same time, where you are put through an experience that shakes you up deeply or shatters you in a painful way and a wounding or devastating way but where at the same time you have a breakthrough in the process, or where there is “violent rescue” I might say like in my poem. Also I would extend this idea of three kinds of breaking to happen in some intimate relationships too.

good breaking in relationships…sometimes when you want to break down your walls and defenses with another person or for someone else to do it to you in a way that allows healing and vulnerability and shedding of pretenses and glass bubbles, etc.  sometimes you want to be able to break down and let it out (the pain, tension, pent up feelings inside) and have someone hold you and be there for you, and, sometimes you want the life in you to flow through you un impeded and break the stultifying dams inside you.  Sometimes you want your armour to be pierced and to lose your habitual self imprisoned in stagnant thought structures, to be destroyed so to speak but not truly in the way you might normally think of that word, tO be…broken…with love…

it is the good breaking in regards to relationships I wanted to talk about here…I think we all know what the bad breaking is in relationships.  Where someone abuses you, sets out to destroy you (in the conventional sense of the word), to ruin everything you are…

borderline breaking is of course when someone deeply hurts and devastates you in a relationship but where there is still a connection which has intimacy and caring within it, despite its ambiguous nature.

Breaking The Borderline
Blog at WordPress.com.